We were recently commissioned by the Airports Company of South Africa (ACSA) to develop a Oculus Quest virtual reality experience for them. The idea was to showcase their 2025 plan for the OR Thambo airport to selected clients.

They provided us with a traditional video showcasing their plans for OR Thambo international airport over the next couple of years. The idea was to create a futuristic 4th industrial environment for them showcasing the development plans.

The experience was build for the Oculus Quest virtual reality headsets and offered 6 Degrees of freedom to users. Meaning that they could look around in 360° but also walk freely inside the space ship as they would in real life. We also enabled a Teleport feature to allow clients to teleport from one spot to another inside the space ship. Truly offering a high-quality immersive experience.

Please note that the 360° video below is different to the Oculus Quest that we developed for the client. In the full version you can walk around the spaceship and the spaceship is moving inside space. We did not create the 2D video, this was supplied to us.

Below is some 2D Renders of the Oculus Quest application we developed for ACSA South Africa. 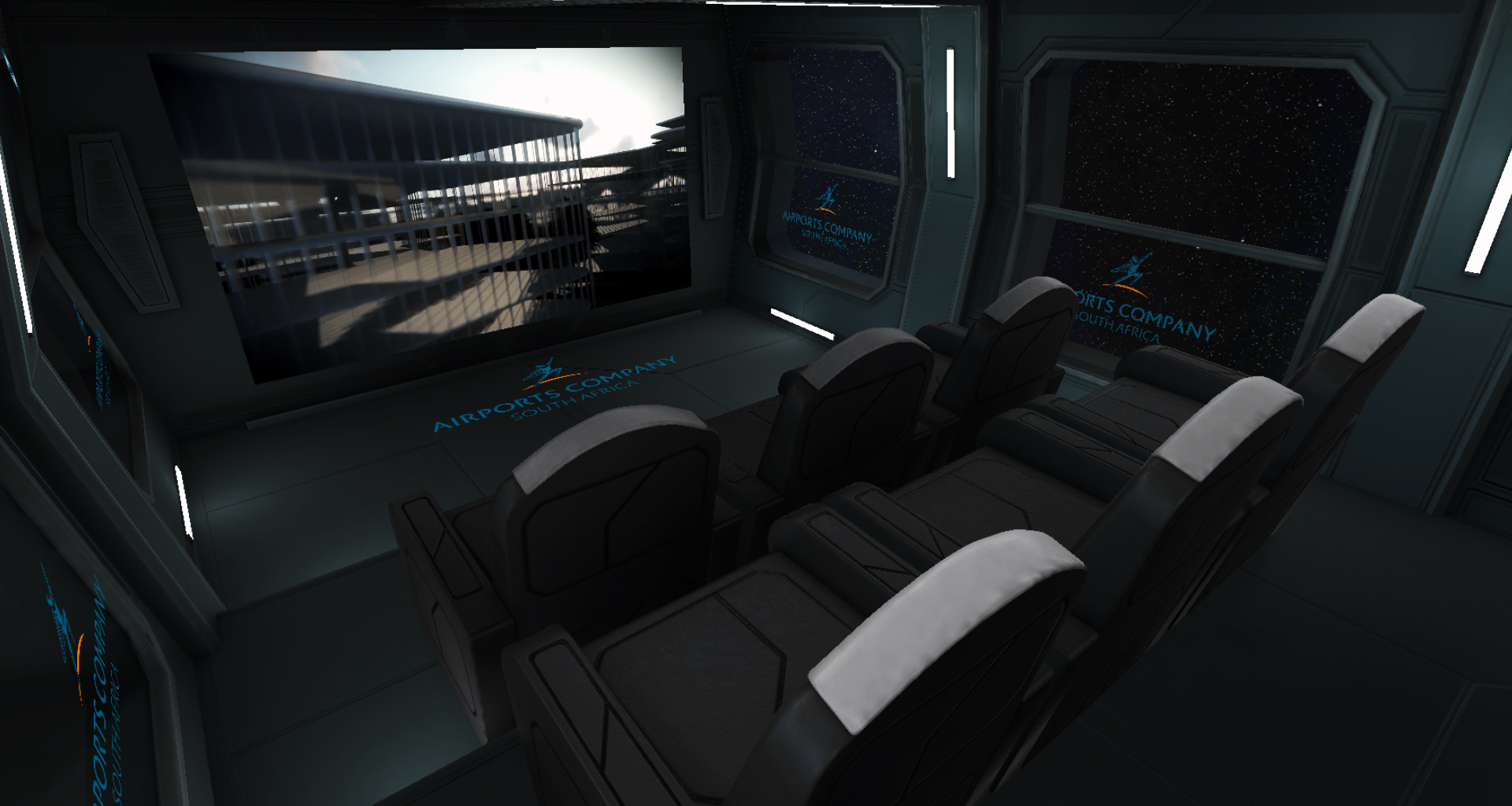 The interior of the Space Ship 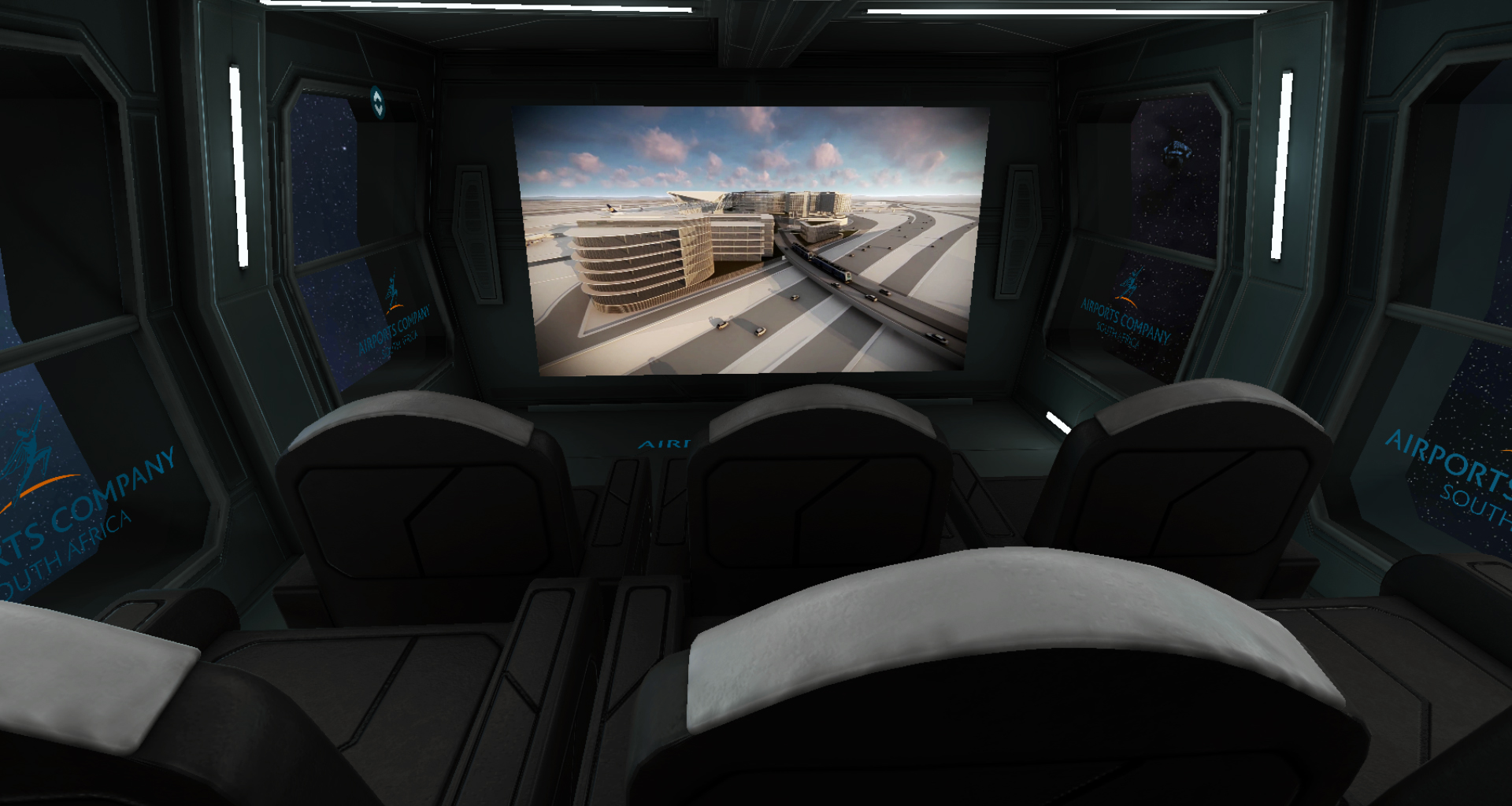 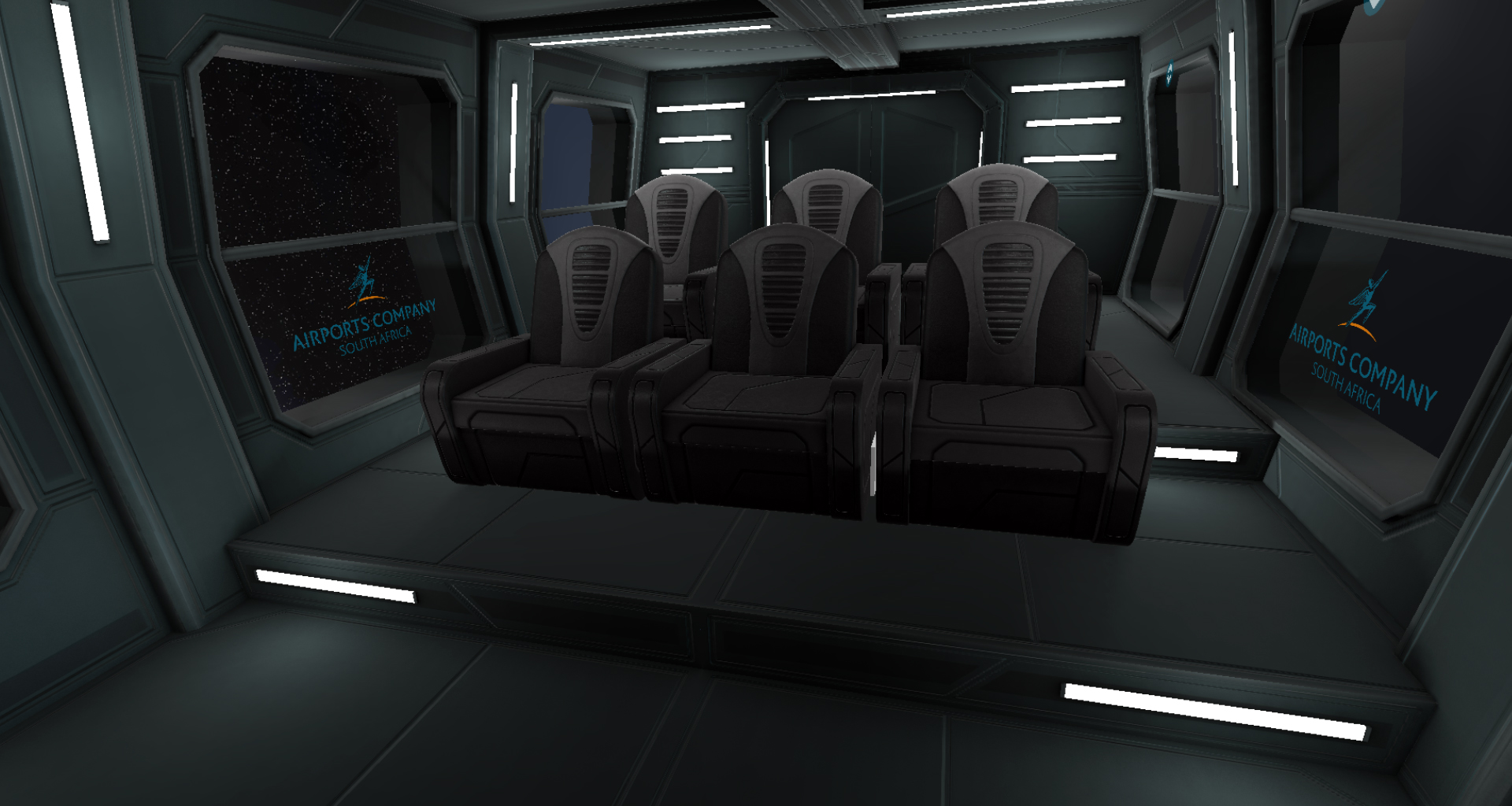 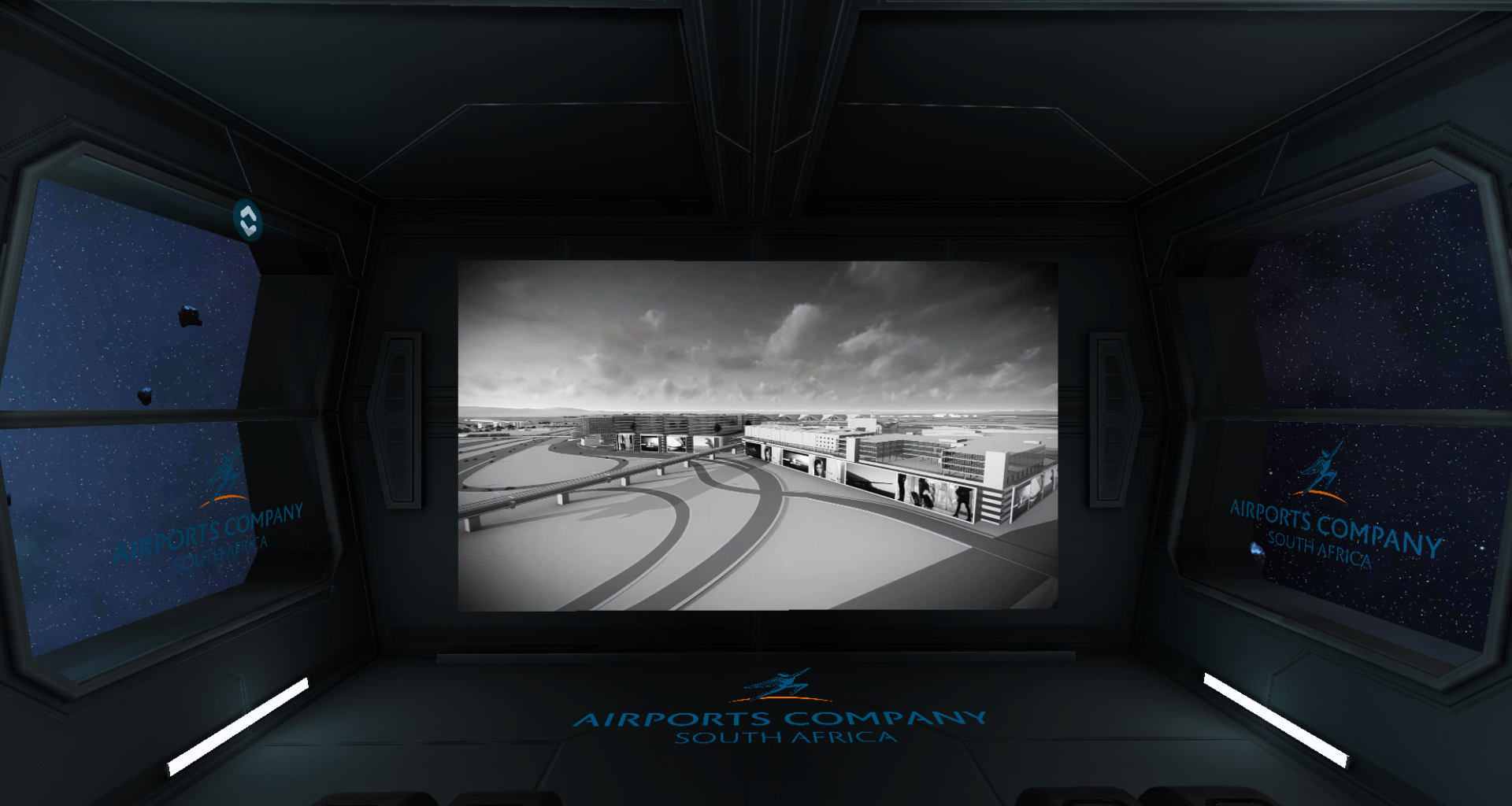 We added some ACSA branding inside the space ship. 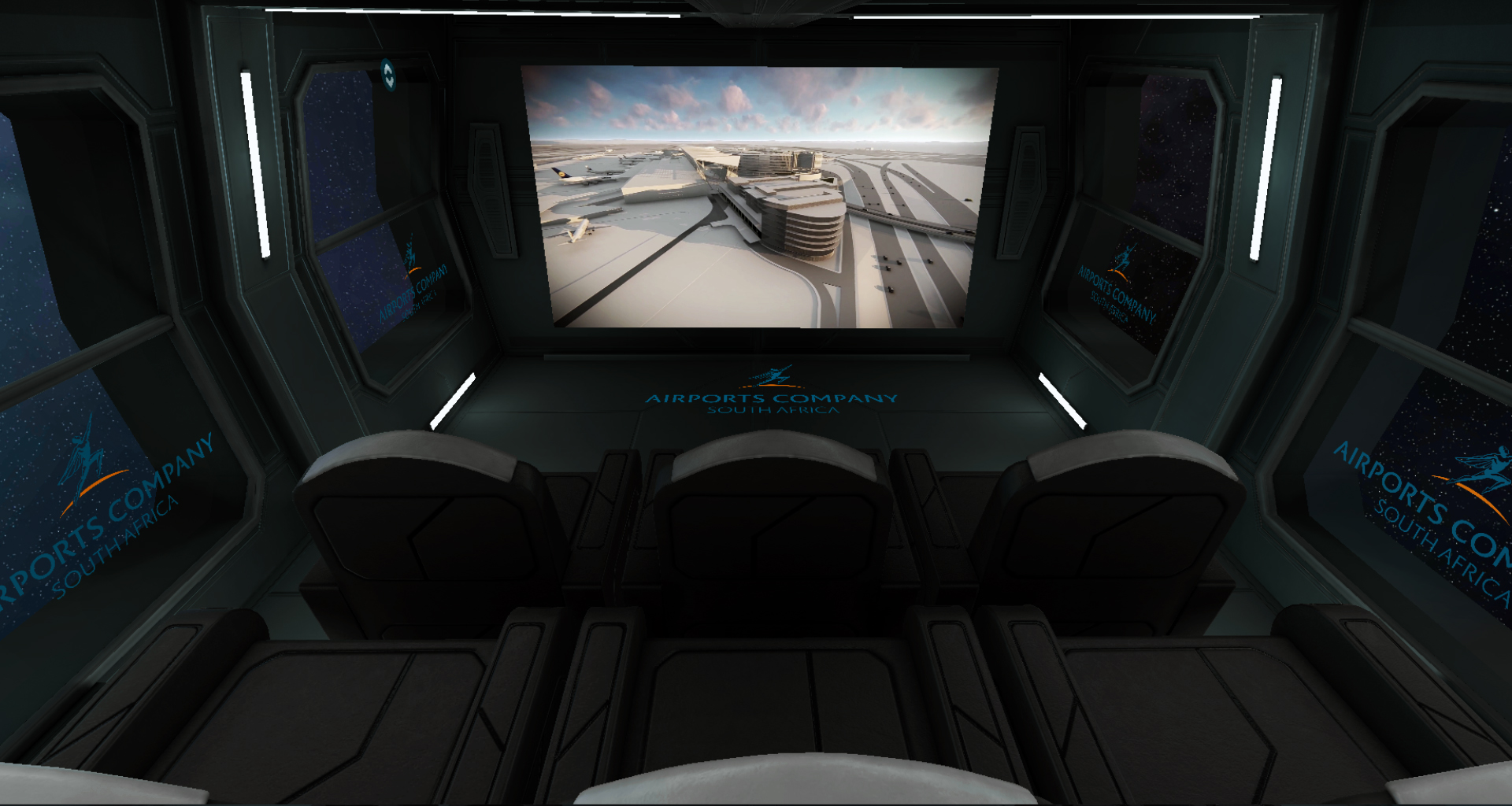 View from the rear of the space ship.