Most people think that they CAN Sing until they sing in front of a crowd.

Everyone loves to sing sometimes…

We were contracted to create a custom Virtual Reality Game for DSTV to use at various Idols activation around the country.  The idea was to create a virtual reality karaoke game and get people to sing as part of the DSTV activation and promotions at the Pretoria State Theater.

Watch the video below to get more information about the Karaoke Virtual Reality game. 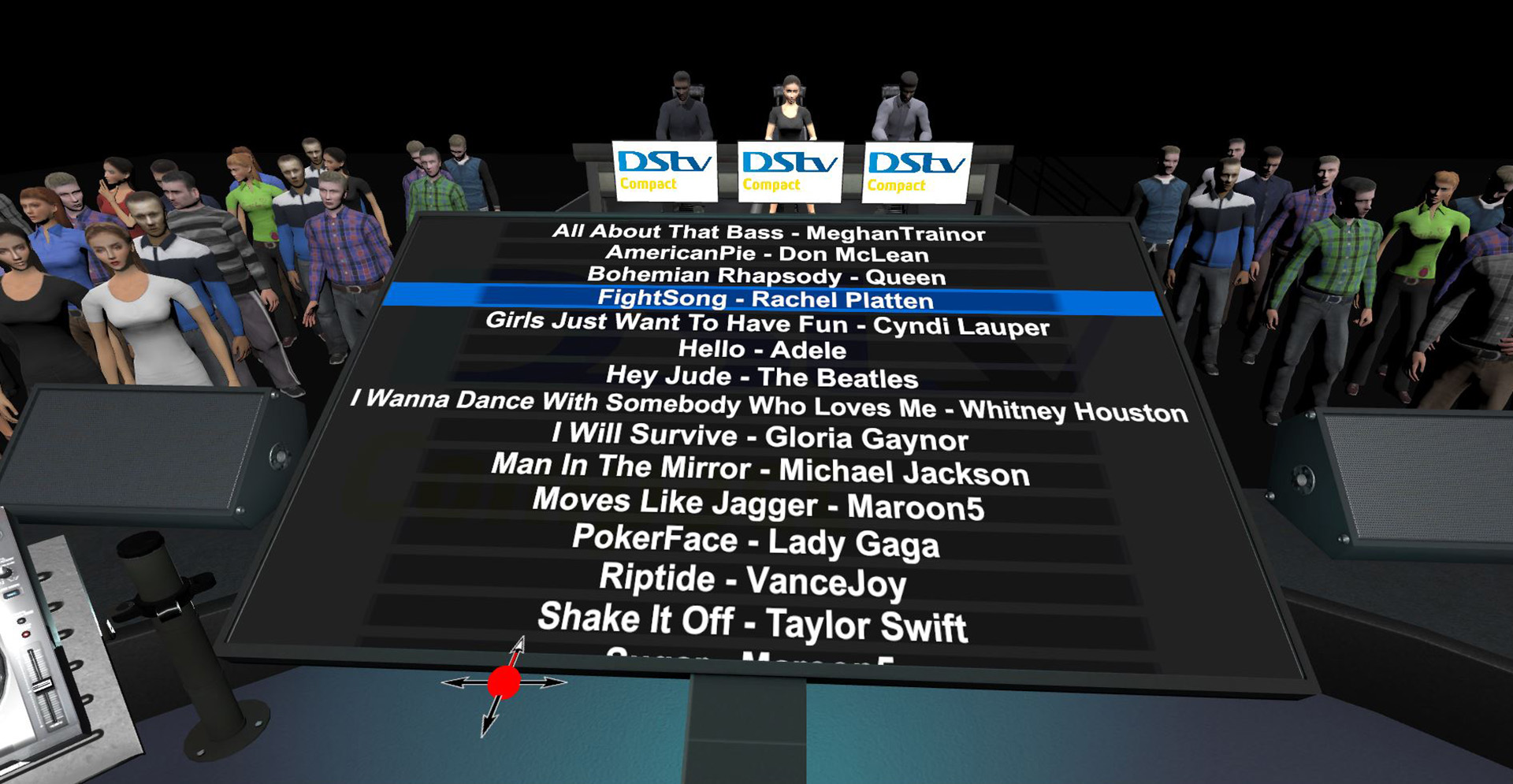 We developed the Karaoke Game using the Unity Gaming Engine. Above is an image from the virtual reality karaoke game.